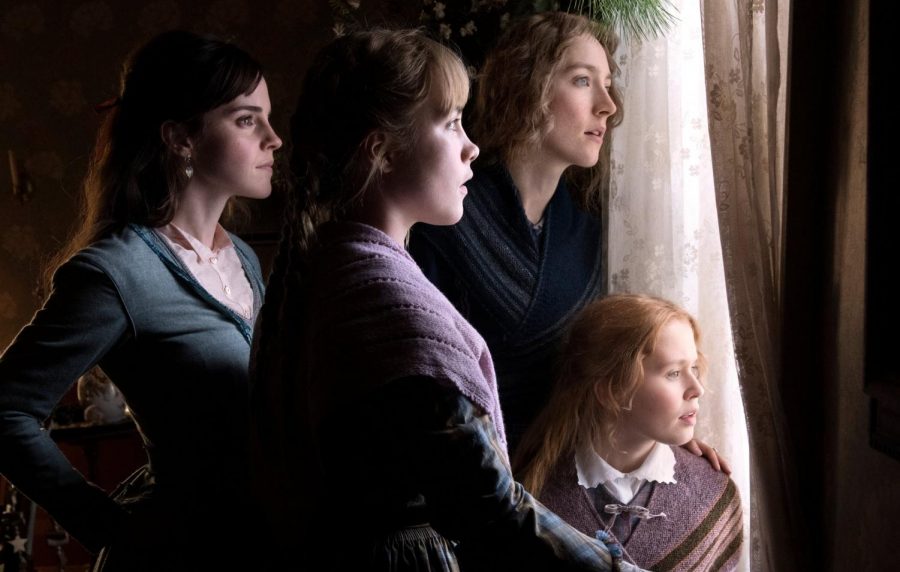 As I walked into the theater preparing to watch the new 2019 adaptation of Little Women, all I hoped was that the classic 19th century story was not going to be destroyed by terrible acting and a lousy new twist to the story. After watching the 1994 version that starred the talented Winona Ryder as Jo March, my expectations were very high. I could not wait to see if the movie was worth all of the hype critics claimed it to be.

Little Women was originally a novel written by Louisa May Alcott in 1868. The novel was believed to be inspired by Alcott’s life growing up in Concord, Massachusetts. The story of Little Women follows the March family as they try to conquer the challenges of war, death, love, and gender inequality in the 19th century.

Here is a brief recap of the movie that captured the hearts of many. The film followed the story of the March sisters- Meg, the oldest sister who dreamed of raising a family, Beth, a shy girl who had a love of playing piano, Amy, the sassy baby sister who wanted to be a world-renowned artist, and Jo, the protagonist and an ambitious writer whose tomboy ways got her into occasional trouble.

The movie follows the girls’ triumphs, tragedies, and love stories over a 10 year period and allows viewers to watch their transition from childhood to becoming young adults.

The entire cast was phenomenal and perfectly captured Greta Gerwing’s vision of recreating a classic that still was able to captivate the audience. Saoirse Ronan, best known for her role in Lady Bird, shined in her role of Jo March, the determined writer who refuses to marry. Emma Watson, Florence Pugh, and Eliza Scanlen portrayed the other March sisters and captured their strong sister bond flawlessly. Timothee Chalamet, also known for his role in Lady Bird, played the charming neighbor, Laurie, who had an irreplaceable love of the March girls, particularly Jo.

The movie which took place in Concord, Massachusetts was filmed entirely in Boston and surrounding areas including scenes that were supposed to take place in New York City and Paris. This provided the viewers with an authentic experience and allowed them to truly feel like they were in 1868 New England.

The story of Greta Gerwing’s Little Women was very similar to the earlier adaptations but featured one important twist at the end of the movie regarding Jo’s opinion on love and marriage. This twist left fans shocked and confused but I believe it was the perfect choice for the modern world.

The one downfall of the movie was that the plot was told in flashbacks as well as 10 years in the future. This provided confusion for some fans because no one was sure what time period the actors were in since their physical appearance never changed throughout the movie.

Overall, Little Women was a beautiful yet simple film that was able to make viewers laugh, cry, and smile. It provided girls across the world with a message of how important female strength and inner beauty is. I highly recommend you to watch it and experience why the 2019 version of Little Women will go down in history as one of the best.