Dungeons and Dragons Club at CP 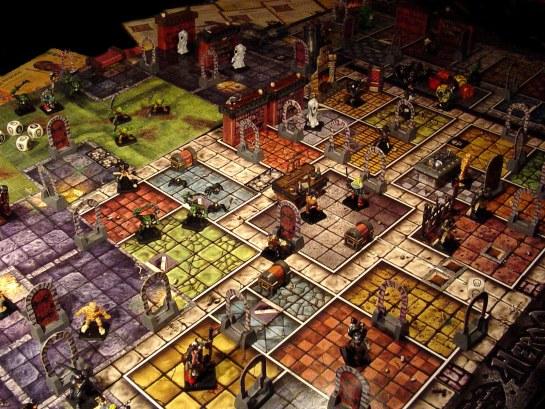 The Table Toppers club,  devoted to the art of tabletop games, more specifically Dungeons and Dragons, meet every Monday from 2:45 to 3:45 p.m. in the auditorium.

“Everyone I have ever met has a serious misconception about DND everyone believes it’s a bunch of sweaty guys in a basement singing mythical chants and stuff,” sophomore Josh Willingham said. “In reality it’s not much different than playing monopoly at a party or something just with a little more strategy and fun in jokes.”

Dungeons and Dragons is a tabletop, fantasy role-playing game. Created in the 1970s, the game has gained a large cult following over the years. Since the 70s when it emerged, it has evolved. By 2004, it was estimated that the game had been played by over 20 million people.

“I joined this club because I thought it would be a fun thing to do, to be able to hang out with friends and not really care about judgment or anything,” sophomore member Riley Malone said.

The game has a specific set of rules, along with quests to complete, but in the end, the objective is to create a story. One player, the Dungeon Master, prepares a baseline for the story then the rest of the players take charge of creating characters in that story.

“Dungeons and Dragons are less about winning and more about completing a quest, and so you can win; you can gain experience points, get new weapons and equipment,” sponsor Christopher Beineman said. “But really what it’s about is the journey. It’s about that quest and the teamwork to be able to do that.”