The Importance Of Adoption Part II 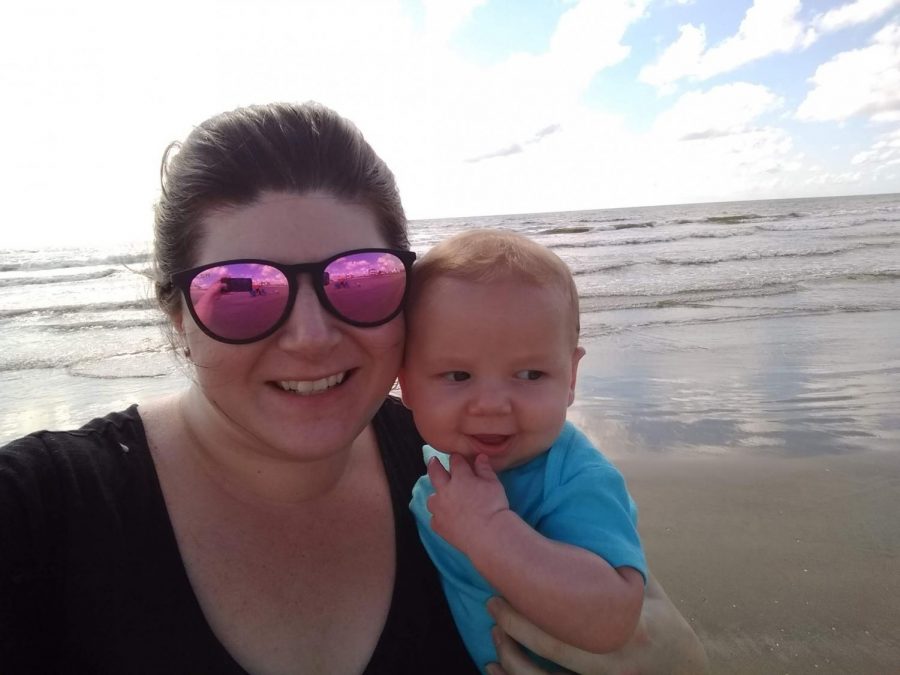 Kim McFarland At The Beach With Her Son

Five months, one fail, one major success. The McFarlands, that were a family of three, become a family of four.

Kim McFarland has taught English for 11 years, six of which have been at College Park. A few months ago being a mother to only one, McFarland opened up her home to her new adopted son last September.

About 135,000 children are adopted in the United States each year. With early pregnancies, couples that aren’t ready to parent, and unstable households, adoption is a choice that many women make. Adoption can be very difficult with the mental and emotional challenges adoptees might face. Here is a story about the process and success of adoption.

Why was adopting a choice you made?

“Like many families, my family’s story is an example of why you don’t ever want to ask others sensitive questions like, ‘So when are you guys having kids? When are you going to have another one? Don’t you want your child to have a sibling?’ Family planning was a very difficult process for my husband and me, and I decided that I just wanted another child, and the child did not need to be biologically mine for me to love him or her just as much as I love our biological daughter.”

How long did the adoption process take?

“It took me a little more than a year to convince my husband that we could go the route of adoption. Shortly after he agreed to consider it, an opportunity became available to adopt our little boy, and he was living with us about 5 weeks later. There’s a lot of trust that you have to have with the birth mother and all involved. The process was both incredibly exciting and very scary.”

“Every adoption has a period of time in which the biological family can change their mind and take custody of the child again, no questions asked. My husband and I did the best we could to make memories during that time should the worst happen: we went to the zoo, to Galveston, to every pumpkin patch in the area. Anything that was new for him and allowed for a lot of great pictures.”

What are some of the biggest challenges with adopting?

“The adoption process can be very emotional – there are a lot of maybes, and things that have the potential to fall through in the end.  Controlling your emotions can be challenging.”

How was the adoption process for you are your family?

“I was so worried about my two-year-old daughter and this big change we were bringing into her life. Most siblings have months to prepare for this change, can see their mother during pregnancy, and discuss all of what will happen and what to expect. We told her on a Saturday morning and drove to the airport to pick up our son to take him home on that Saturday night. At first, she was thrilled, and then realized he was staying for good and ignored him for about five to six weeks. But after that initial adjustment period, she absolutely adores him. Most of the time.”

What was the main struggle with any previous attempts to adopt?

“His mother made the decision that she was unable to keep him when he was almost 4 months old. We were contacted almost immediately after she made this decision, and we spent two weeks hiring an adoption lawyer, creating a nursery, buying clothes and formula and diapers, alerting our jobs, etc. Two weeks later, and 36 hours before we were to be granted custody of him, the birth mom changed her mind and backed out, saying only that she couldn’t go through with the adoption.”

“I was completely devastated. Walking past ‘his bedroom,’ going to work, being ‘normal’ and acting like nothing happened so that my daughter felt none of my stress – it was tough. Three weeks later, we received a phone call saying that she’d again decided she could not keep her son. We had to trust that she would follow through, and that was difficult. But he was living with us a week later.”

How will you address certain family dynamics with your biological and adopted kids?

“We plan to handle this process with as much honesty as our children’s maturity allows. We don’t want for our son to feel we kept a secret from him and want him to know age-appropriate information about his background. We hope to answer their questions in ways they will understand. We hope to limit opportunities for jealousy. So far, we’ve made a point to give our daughter one-on-one time with mommy or daddy so that we can limit animosity. If I’ve learned anything in 3 years of parenting, it’s to not bother planning too much for the “what ifs” because your child will have a mind and personality all on their own, and life is mysterious. It truly is a trial by fire, one day at a time process.”

What are your biggest worries for when your son grows up?

“Most of my biggest worries are the same as I have for my biological daughter. Will he have good coping skills and demonstrate resilience during life’s hard times? Will he be a good person and lead with love and a sense of humor? But there is another layer to my worries for him that I don’t have for my daughter, and that is whether his history as an adopted child will somehow complicate his quest for identity that every young person takes.”

What would you like to tell your son in the future about this adoption?

“Don’t ever believe that you were ‘unwanted’. Letting you go was the hardest decision your mother ever made, and it was through no fault of your own. Be gentle in your judgment of your birth mother; she selflessly did this so that you could have a life of opportunity with a middle class, two-parent household in a great school district and a safe home.”

“Also, I hope he knows that he was the missing piece of our family, and his entrance into our lives has brought us so much pure joy. How lucky can someone be to have two mothers who love you to the moon back and hope and pray for your happiness and success?”