The World of Sports Sheds New Light on Concussions 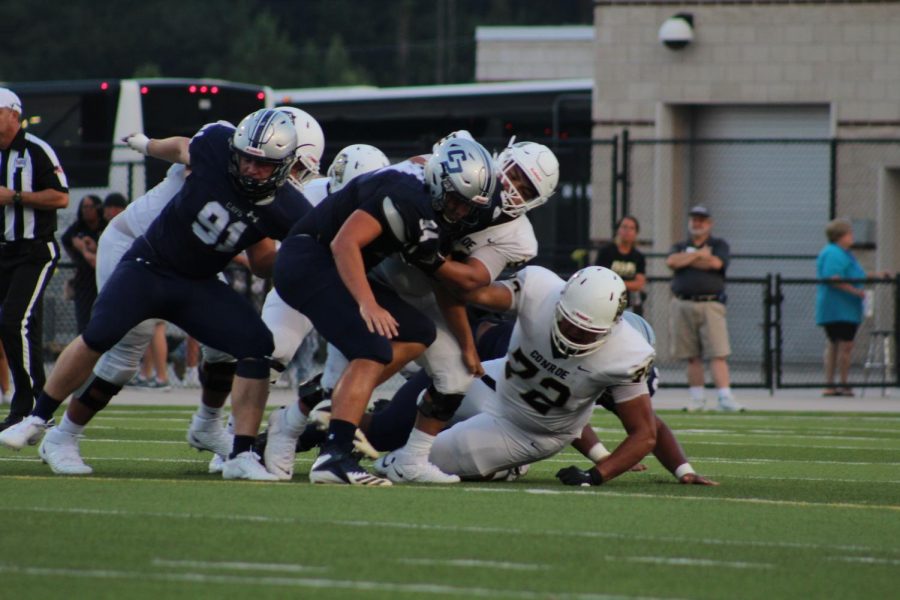 For years, concussions in football players has been condoned but a new light is being shed on how harmful they can actually be.

“Concussions have definitely been known for having a lasting effect on players after they leave high school, so they should be taken with more care,” senior Joshua Deal said.

Children ages 13 to 16 are more vulnerable to concussions compared to 17 and 18 year olds. The majority of Texas junior high schools allow students to play football at this age, and some elementary schools allow football for kids as young as 10. Though symptoms do not show until years after a concussion, it begins with teens that are more susceptible to head injuries or concussions.

“When I was around ten I got a concussion when one of my teammates was playing around and tackled me when my helmet was off,” senior RJ Malone said. “That was pretty much the only concussion I’ve gotten, and I quit football right after. I realized that being a band kid is much safer.”

The majority of people who suffer concussions during fall seasons are high school football players. With two to three concussions per season, that could add up to 7,418 to 11,127 in Texas high schools. Going even further with those ratios, the United States would have 74,200 to 111,300 concussions in just one football season.

“I got a concussion my second football season,” junior Kimberlyn Buckwalter said. “It was pretty serious, and I had to sit out the rest of the game. And because of that one concussion, it ended my season completely.”

With the knowledge of the dangers of concussions, football coaches are limiting contact during practice, teaching proper tackling techniques, keeping a trainer on hand, and more.

“Coaches are the front line of concussion prevention in football as a whole,” trainer Alton Burns said. “There are many professional development seminars teaching better tackling techniques, neck and physical strengthening and conditioning programs that lead to reduced risk of concussion.”

Chronic Traumatic Encephalopathy (CTE), a degenerative brain disease found most commonly in athletes and military veterans, can be identified in kids as young as 16. This disease is caused by several brain traumas like concussive or subconcussive blows to the head. Though CTE has been known for more than 17 years, it is only now being acknowledged in the world of sports.

“Not only are there diseases as serious as Chronic Traumatic Encephalopathy that develop in the brain, but you are two times more likely to be diagnosed with depression after one or two concussions,” neurologist Dr. Kim Pate said. “Sports in high school need to become aware of things like this and address it appropriately.”