A New Voice for Spirit 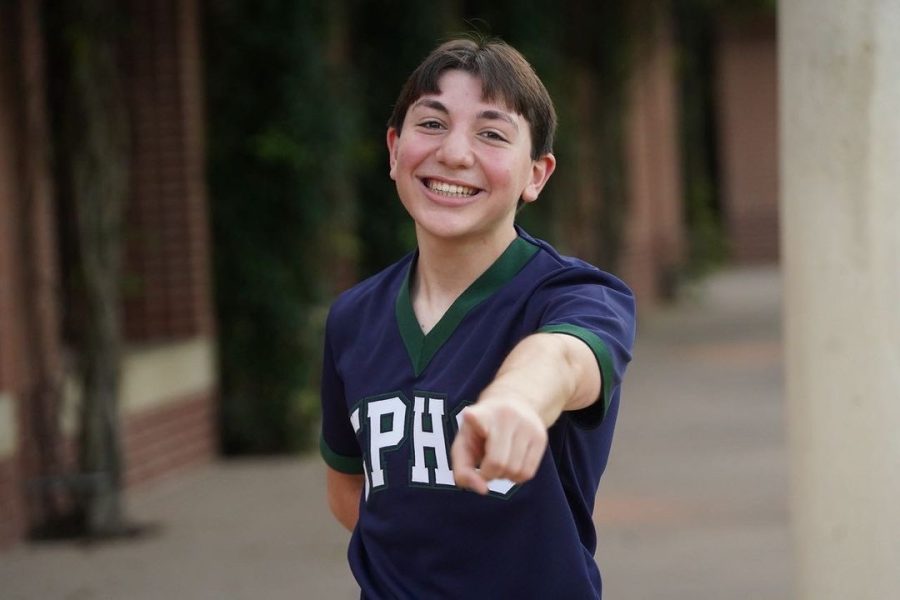 Sam Frye poses for a photo

If you haven’t yet noticed, there is a new face on the College Park Cheer team. Someone who adds a new sense of diversity to the team, freshman Sam Frye.

Sam joined the cheer team this year and is on the freshman team. Sam has performed at all of the pep rallies, along with the rest of the team, being showcased during the pep rally on November 4th.

“Walking into tryouts I had no background in cheer whatsoever,” Frye said.

Frye lived in Singapore for four and a half years, where his coaches heavily emphasized flexibility. He is also a gymnast which helps him with tumbling, and in the long run helped him tryout for the cheer team.

“A lot of my closest friends were enrolled in the Knox cheer program, and after requesting that I tryout for both the seventh and eighth grade, I finally decided to pull the trigger going into high school,” Frye said.

Frye wasn’t on the cheer team at Knox, hence his no prior experience on a cheer team, but with the support of his friends he managed to make the team.

“Undeniably it was rather scary going for the role, but I was reassured by my friends multiple times over that I wouldn’t be bullied for being a male cheerleader,” Frye said.

Sam worried that he would be bullied because he was going to be the only male cheerleader throughout all of the school, but now he has strengthened many relationships and created new ones because of the team.

“I have nothing but compliments for the College Park Cheer, all three coaches are phenomenal, and every girl has made me feel extremely welcome as a member of their team,” Frye said.