Astros Go to the World Series 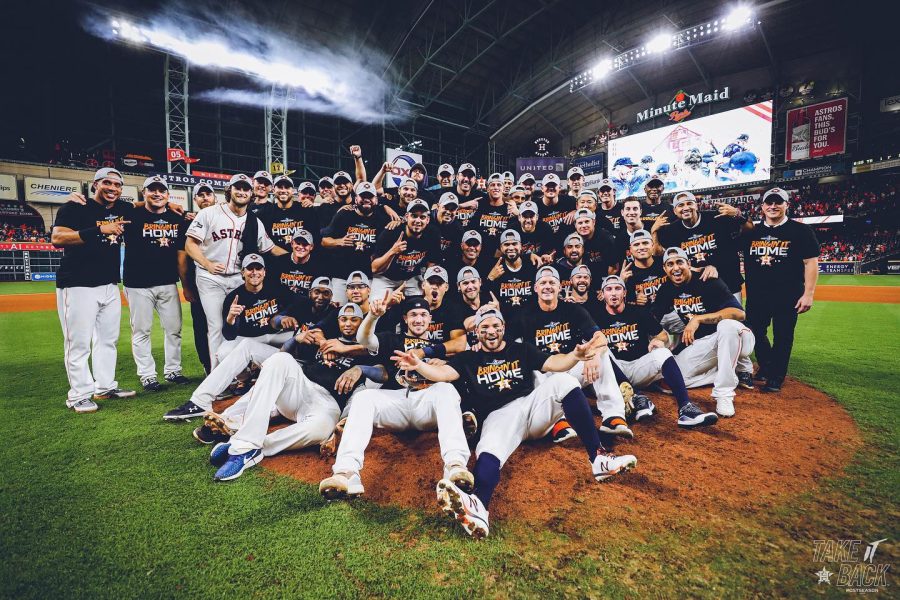 The Houston Astros take a picture after winning the game 5-0.

Rookie pitcher, Luis Garcia, pitched outstandingly in game six. He pitched through six innings, struck out seven batters,only allowing one walk and one man on base. Outstanding for a rookie player as it is only his second time in postseason play.

Two amazing plays that changed the game were when Martín Maldonado, catcher for the Astros, caught Red Sox player Verdugo tempting to steal second, threw the ball to shortstop Carlos Correa ending the top of the seventh. Another game changer for the Astros was when Kyle Tucker hit a home run, 357 feet to the left, during the eighth inning allowing a three run homer.

Yordan Alverez was the MVP of the ALCS, he hit .522 average, which is a record for the ALCS, taking three doubles, one triple, one homer, six RBIs, and seven runs scored. His one home run cleared the Green Monster at Fenway Park.

Next up is game one of the World Series against the Atlanta Braves, first pitch is at 7:09 tonight.