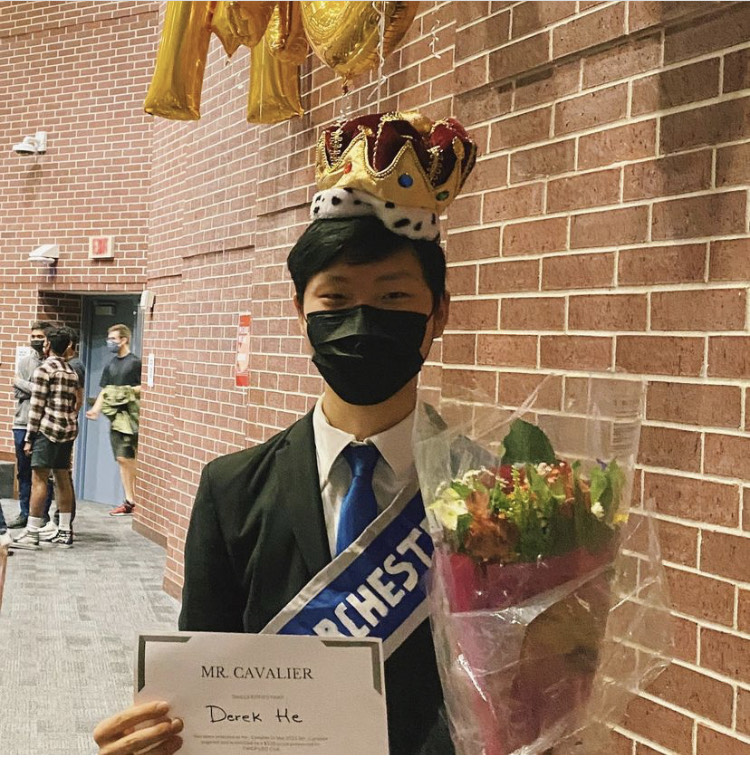 The Leo Club put on the Mr. Cavalier pageant on Saturday, April 17th in the College Park auditorium, selling 100 tickets.

“Honestly the biggest challenge was that none of the officers have been involved in Mr. Cav before,” Leo Club Social Media Manager, Sachi Kacker, said. “The show last year got cancelled, and none of us were officers in 2019. We weren’t completely sure of the timeline and how everything should run, but the guys have been amazing, and I think we worked it out!”

“The most challenging part was probably finding boys to compete,” Sacker said. “The competitors kept changing and many of them dropped out. Due to covid restrictions, we had to do a lot of things online or not at school as I’ve been contacting the boys about their acts.”

The competition was split into different acts. First, each of the boys was introduced with their escorts, and then did a group dance, choreographed by the Reveliers.

Each competitor also got to do an individual act. Taylor took on lip synching, Mitchell put on a skit with some of his friends, He sang and played guitar, Hernandez sang using members of the theatre department as background dancers, and Wang performed the infamous Mean Girls’ christmas dance.

“My act looks like what you’d expect when three guys with low self-esteem and nothing to lose come together to form a band–a solid rendition of Creep and awkward attempts at popular meme songs,” He said.

There were a few other segments, including a Q&A, dares, and other students playing the piano. In traditional pageant-fashion, a portion of the show also saw the boys each dressing up as a famous movie character from the 90’s.

“I think Mr. Cav is a fun event to participate in, and watch for anyone who knows someone who’s in it,” Mitchell said. “We’re doing multiple different things, but the part I’m most excited about is my act!”

Derek He, Mr. Orchestra, was crowned Mr. Cavalier by the judges based on his overall performance in each of the segments. In light of the quick-paced nature of the process, the competitors were busy men. When asked why Derek He wanted to win, he eloquently responded with: