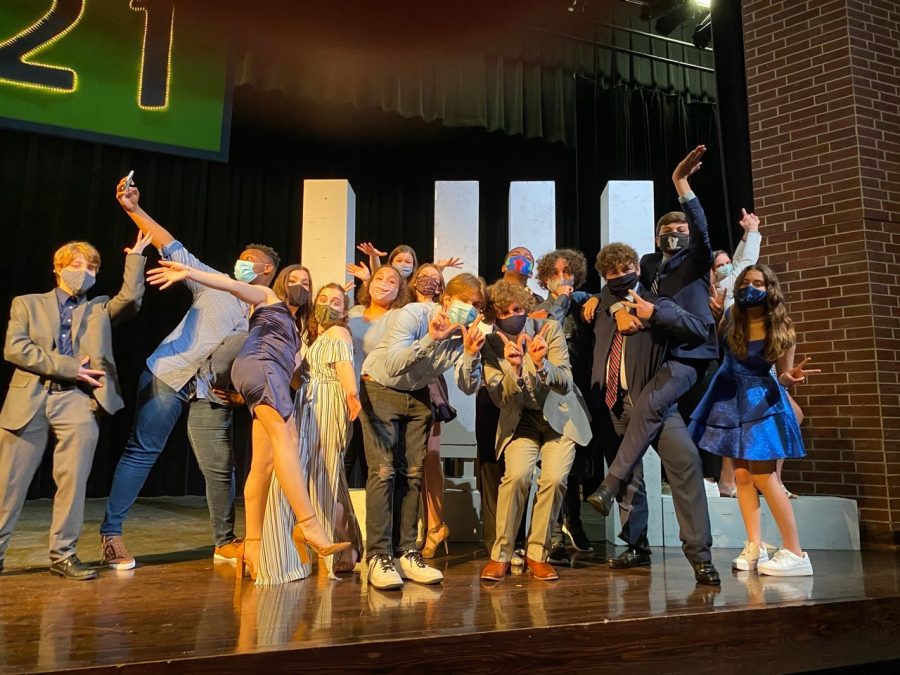 Theatre competed in the district UIL contest at Willis High School on Friday, March 12th, and Thursday, April 25th. The competition consisted of six schools with each performing a 40-minute play. The goal is to take a two act, 2-hour show and condense it into a 40-minute performance. The play is then judged based on one’s movement, diction, volume, emotions, set lighting, timing, and other factors. If the play goes over the 40-minute limit, contestants are disqualified. College Park’s play was a fresh take on the Peter Pan fairy tale.

“The show was mainly focused on Wendy and Peter’s relationship,” junior Aydin Matthew said. “Peter told Wendy he would come back after she left Neverland but he never did. This left a toll on Wendy and ended up making her emotionally unstable. I think as a crew, we did a fantastic job.”

Due to COVID, only two schools are allowed to move past the bi-district. Because College Park ranked 3rd (out of six) in both rounds, they did not. Even so, students were pleased with their performance.

“I feel pretty confident in how we did,” Matthews said. “I think we put out a story that leaves people thinking about it. Curly was the character I was cast as, and he really displays a lot of insecurities I have, so it sparked the fire I had for theatre when I was finally able to give it my all.”

Furthermore, students were given individual awards. Delaney O’Neill was awarded All-Star Cast at both competitions alongside Solomon Williams at District. Honorable mentions included Phoebe Hamburger at District and then Nico Hamburger and Solomon Williams at the Bi-District competition. Emma Romero was awarded best technician at Districts for her original score, and Austin Luchak won Best Technician at Bi-District as Stage Manager.

“Everyone has a role to play,” junior Riley Malone said. “It is extremely important. The judges commented on our synchronicity multiple times, which is very important in theater. If you are interested in trying out, just try. That alone takes enough courage and is heavily noted by directors.”