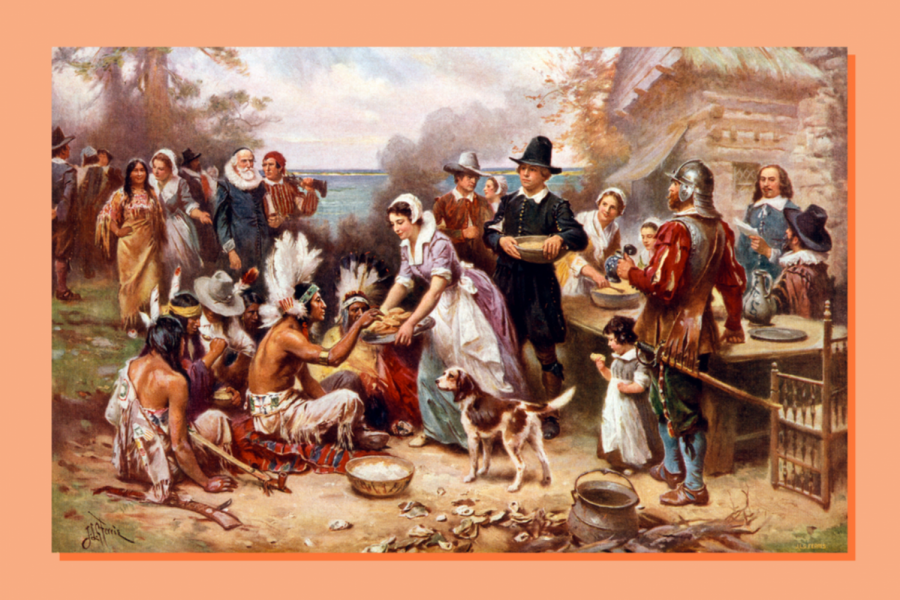 Thanksgiving is right around the corner and Americans coast to coast are preparing to feast and relax next Thursday. The holiday does not only allow people to spend time with their families and count their blessings, but allows them to ponder about America’s original settlers. The conditions surrounding the history of Thanksgiving are bizarre and may leave Americans wondering if it was actually true after all. Below are some Thanksgiving myths I decided to debunk in order to put an end to all doubt and skepticism surrounding the holiday.

Myth 1: The Pilgrims Invited the Native Americans to Feast With Them at the Fall Harvest-

Throughout their whole lives, students grow up learning that the pilgrims were so thankful to the Wampanoag Tribe for teaching them how to harvest on the Massachusetts land. To show their appreciation towards them, the Pilgrims invited them to their first fall harvest meal. This idea is the cornerstone of Thanksgiving traditions and is portrayed in multiple books and movies. However, there is no actual evidence to prove that the Indian tribe ever actually attended the meal. According to Fortune, if the Indians did attend the feast it was most likely because they lived nearby and heard shots firing or were paying a diplomatic visit to the settlers. Does this mean that the whole holiday was based on loose evidence collected by the government and Hollywood? Potentially. We will never know the true answer. In the meantime, Americans should just enjoy the time together with their loved ones and be thankful that the Pilgrims were hungry that fall day in 1621.

It is difficult to find a restaurant or household that does not serve turkey at their Thanksgiving meal. Turkey is a staple course because it was believed that was what the Pilgrims served. However, this may not be true. Even though turkeys were abundant in the wilderness surrounding Plymouth, the Pilgrims may have actually feasted on venison, goose, or duck instead. Imagine a goose being the centerpiece on your Thanksgiving table? No, thank you. Just because the Pilgrims didn’t get to enjoy the appetizing meal of turkey does not mean we shouldn’t be able to.

The Pilgrims arrived at Plymouth Rock in Fall 1620. The story goes that they suffered a devastating winter and the Native Americans helped them rebuild. To celebrate their success, the Pilgrims shared a meal expressing their gratitude. There is evidence that meals similar to the 1st Thanksgiving may have been celebrated years before by Native American tribes and during the establishment of Jamestown. That sure comes as a surprise to those who grew up mesmerized with “A Charlie Brown Thanksgiving”. I guess Snoopy and Charlie Brown were wrong after all.

Nothing says Thanksgiving more than waking up early and watching the Macy’s Thanksgiving Day Parade surrounded by family members and scrumptious food. This American tradition attracts between 50-100 million viewers each year. It may be strange to think that the first parade held by the department store was to celebrate Christmas instead of Thanksgiving. It was not until 1930 that the Thanksgiving tradition we all know and love was celebrated on Turkey Day.

Myth 5: Thanksgiving is Only Celebrated in America-

It would make sense that Thanksgiving is only celebrated in America because of the settlement of the Pilgrims, but that is not the case. Similar celebrations occur in Canada, Australia, Germany, and Japan. These celebrations occur roughly around the time of the US Thanksgiving. Each country has a different origin, cuisine, and traditions for their Thanksgiving holiday, but the fundamental idea of gratitude and goodwill remains the same across the globe.

The Paladin is wishing you and your family a wonderful Thanksgiving!