ATTACK the Cure for Lymphatic Malformation 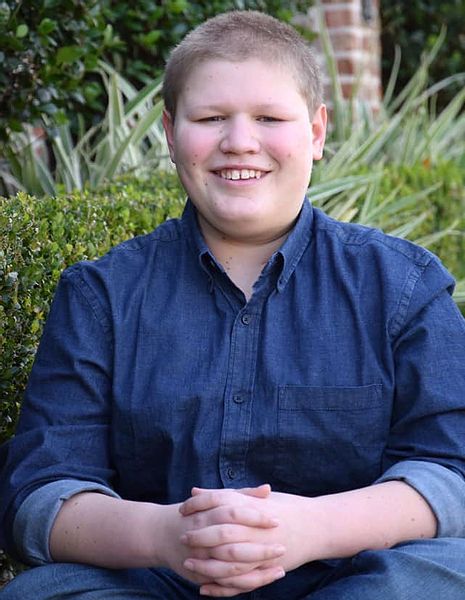 Imagine suffering with a disorder that has no cure: no obvious answers, no signs of improvement. This is exactly how those with lymphatic malformations feel, including one of our own.

Zachary Berger, a junior at College Park, became the Texas Youth Ambassador for Lymphatic Education and Research Network in 2015 and, shortly after, started his own fundraising and awareness campaign.

“Having a doctor who is an expert of lymphatic malformation and him not being able to answer our questions around why and how to make it better was crushing,” Berger said. “The reason he can’t answer those questions is that there is a complete lack of awareness and funding for research.”

Lymphatic malformations are very uncommon, non cancerous masses thought to be caused by abnormalities during pregnancy. It is thought to affect one in every 4000 births.

“These malformations are usually apparent at birth or by two years of age, and mine was apparent at birth but diagnosed when I was two weeks old,” Berger said. “There is no cure and many unknowns about proper treatment with too many misdiagnoses.”

Many people who have this disorder go to major surgeries to remove what they can like cysts and small masses. Other than a few successful surgeries though, there is no straightforward cure.

“As devastating as it has been to not know anything, I made the decision to turn ‘why me?’ and ‘why is it happening?’ into ‘how can I make a difference and help find a cure?,’” Berger said.

Zachary’s main goal is to raise as much awareness as possible for this disorder. With awareness comes the funding for a cure.

“The number one thing everyone can do is to remember the name ‘lymphatic malformation’ and be able to tell people that they know someone that suffers from it, and there is no cure or treatment,” Berger said.

Many cases of lymphatic malformation have been extremely painful for the patient. Because this disorder deals with masses that form in the body, skin can swell, become inflamed, and feel red and warm.

“The difficult times are continuous as I deal with pain and swelling two to three times a month,” Berger said. “Having been through eight surgeries, all before the age of 11, the most difficult time by far was my tongue reconstruction surgery at age 10, where they literally cut a strip out of the middle of my tongue and sewed the two sides back together.”

“We’ve been fortunate to get some pretty good attention in the media.” Berger said. “I’ve done interviews on KPRC, Fox, KHOU and KRBE as well as a shoutout on 94.5 the Buzz. I also have an interview coming up on Woodlands Online at halftime of the CP football game on November 20th. But, we continually strive to raise more awareness.”