Astros 2020 Season Review and What’s Ahead 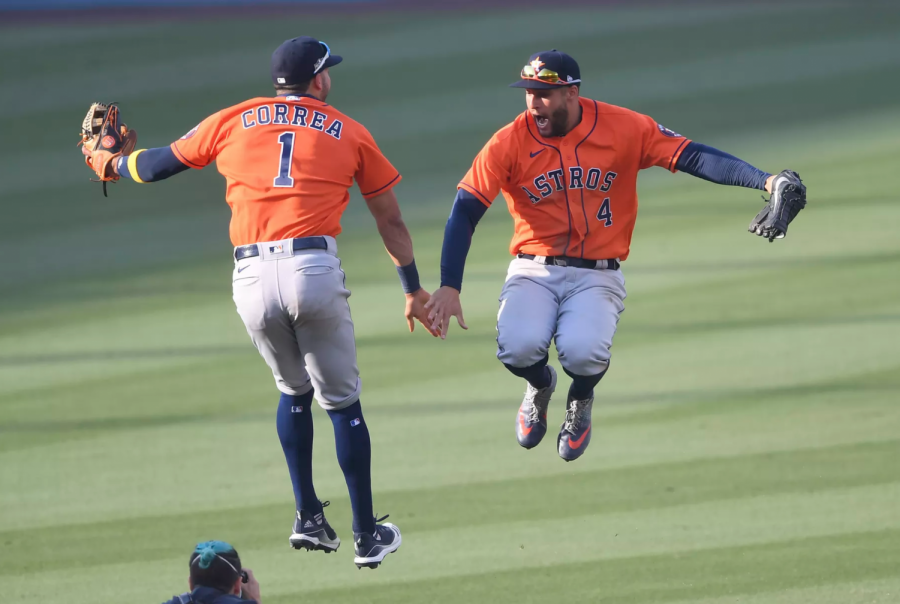 Last Saturday, the Houston Astros kissed their season goodbye during Game 7 of the ALCS. The epic showdown between the Astros and Tampa Bay Rays finished in a 3-4 defeat. Even though the Astros did not get a chance to return to the World Series stage, they still performed exceptionally well for a team that had a 29-31 record during the regular season. As this 2020 season chapter closes for the Astros, I believe that their story is only beginning.

Entering the 2020 season, the Astros clubhouse and offices were filled with unknowns and scandal. In early January, it was announced that during the 2017 and 2018 seasons, coaches were using a video camera system to gain an unfair advantage on opponents. Head coach, AJ Hinch, and General Manager, Jeff Luhnow, were fired instantly leaving the team without much leadership heading into spring training. Veteran MLB coach, Dusty Baker was hired to step into the position that had been tainted by newspapers all across the country shortly after. Players had to deal with constant mocking and anger from the press and members of the MLB on a daily basis. The beginning of the season did not look bright for the reigning AL champs.

Even though the odds were against them, the Astros showed tremendous strength and courage each night they took the field. They had to endure being struck by enraged pitchers regularly and had to compensate for a long list of injured players. The losses of Yordan Alvarez, Joe Smith, Roberto Osuna, and most notably, Justin Verlander left the team scrambling in chaos and having to rely on rookies. Even though many young minor league players were able to step up to the plate and fight to keep the team’s playoffs dreams alive, were they able to fill the shoes of veteran all-stars? Absolutely not. That is not an easy task to accomplish. Yet, the emergence of Framber Valdez, Jose Urquidy, and Enoli Paredes gives the team a glimpse of hope for the future.

As the team enters the offseason, they will face the challenge of signing necessary players without going over their low budget. The budget was not able to save Houston fan favorites like Dallas Keuchel, Charlie Morton, and Gerrit Cole in recent years. So the question begins to arise- who is worth resigning and is who worth letting go? 2-time all-star, George Springer is up for free agency and could be quickly be added to that list if the Astros do not make a strong offer. The postseason is not even over yet, and Springer has already been getting linked to the Mets and Nationals. Outfielders, Michael Brantley, and Josh Reddick are up for free agency as well. If the Astros are only able to make one move this entire offseason, let it be to sign George Springer to a multi-year contract. The loss of Springer would send the Astros spiraling.

The good news for the Astros is that they have Jose Altuve, Alex Bregman, and Carlos Correa to depend on for many years to come. Relying on rookie pitchers for another year can be risky, but this season proved that they had the skills to turn in an excellent performance. Healthy recoveries for Justin Verlander and Roberto Osuna are critical in order to give the team any chance of making the postseason next year. However, the return or dismissal of George Springer will define the Astro’s 2021 future.

Time will tell if the Astros are able to return to the playoffs next season and if Springer continues to wear a Houston uniform. We can only hope for the best. One thing that is certain is that the team should be pleased with their performance this year. A team that was defined with scandal and loss at the beginning of the year is now filled with pride and a sense of revival. I believe that this makes the Astros the real champs.