Heart Attacks on the Horizon 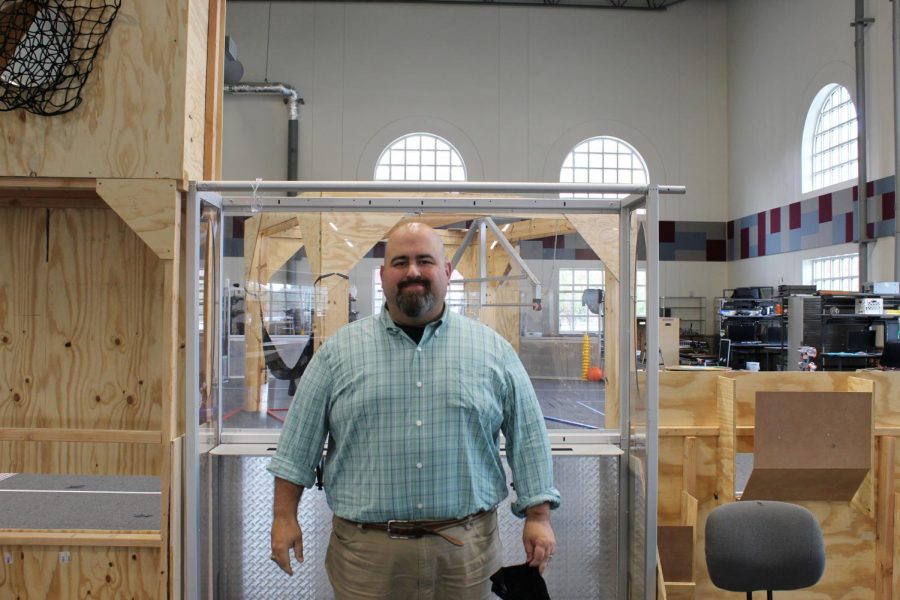 The date is August 29th, 2020. Shawn Jordan, a robotics teacher on campus, had exercised and began to feel some slight pain, but it was nothing serious. Or at least he thought. 4 days later, Mr. Jordan was in the E.R. and was being taken into surgery.

Mr. Jordan was having a heart attack, but it was far from what many picture as cardiac arrest. See, heart attacks are generally associated with extreme, breathtaking pain that can cause someone to fall to the floor, but Mr. Jordan’s symptoms were just the opposite. He describes his pain as “a little bit of chest pain… off and on, but it wasn’t intense.”

“It wasn’t the traditional clutching your chest, y’know, this is the big one,” Robotics teacher Shawn Jordan said. “It was just there, but not hurting. Do I pay attention to this or not?”

While it is now known that Mr. Jordan was suffering a heart attack, at the time, he had no clue. Generally, there are signs (other than collapsing onto the ground), and while Mr. Jordan was exhibiting some of those signs, none were major or causing extreme alarm. In fact, some of the symptoms didn’t arrive until days after the pain started, such as a feeling resembling indigestion as well as pain in his arm mixed with nausea.

“I even remember as a child my father had a heart attack, you know, and I remember him talking about very intense pressure, y’know, like he couldn’t stand the pressure in his chest, and this was nothing like that,” Jordan said.

However, when these symptoms did arise 4 days after the initial pain, Mr. Jordan recognized them and drove with his wife (a doctor) to the urgent care near his house. They performed a blood test looking for an enzyme known as Troponin, which is only found following some form of trauma or traumatic event to the heart. If this enzyme is found, the patient is taken to the Emergency Room immediately for life-saving treatment. Following the blood being drawn, Mr. Jordan recounts all of his pain going away. Yet, low and behold, the enzyme was present.

“That’s a very humbling experience… The alternative is dying, so you do what you’ve gotta do,” Jordan said.

In surgery, they performed an angioplasty to clear the blockage in Mr. Jordan’s arteries An angioplasty is a procedure in which a tube is inserted through the groin up to the heart. Mr. Jordan was conscious throughout the entire procedure. Doctors found 3 blockages, 2 in the LAD artery, one in a rear artery at 60% occluded. If that third blockage had been blocked just 10% more, Jordan would have been forced to have open-heart surgery.

“If you would have waited, you’d be dead,” Jordan’s doctor said.

Needless to say, Cardiovascular Disease and the heart attacks associated with it are both extremely serious, affecting 1.5 million Americans every year and accounting for 1 in 3 deaths in America. 20% of those deaths occur in people under the age of 60, so age is no disqualifying factor. Heart attacks affect people of every age, so it’s important to know the signs, as it could one day save a life. Symptoms of a Heart attack can include chest pain, arm pain, a feeling of a clenched fist in the chest, dizziness, fatigue, lightheadedness, heartburn, indigestion, nausea, discomfort in the arm and neck, and a multitude of other less common symptoms. That’s a lot of symptoms, so it can be difficult to differentiate a heart attack from basic everyday pain.

“If it’s a very pinpointed pain, it’s not cardiac,” Jordan’s cardiologist said. ¨If it’s a general pain that you can’t pinpoint, like my arm or chest in general, that’s cardiac and you need to seek help.”

Now, recognizing the signs of a heart attack is one thing, but prevention is a whole different challenge. For many teachers, this can be nearly impossible. Teachers spend nearly everyday at school or working on school in some way or another, be it teaching, sponsoring a club or organization, grading papers or a host of other things, so finding time to take care of themselves takes a backseat. And with teachers having to juggle teaching online school along with regular classes, that stress level is at an all time high.

“There’s never enough time for what you want to do,” Jordan said. “If you have a family with multiple kids, It will be overwhelming. And that’s the type of thing that leads to those bad health choices. By the time you actually get to get home and take your shoes off it’s 10 o’clock at night, you’re exhausted. It’s hard. It’s really hard to find that time. I’ve given up pretty much all of my recreational activities right now.”

It has always been clear that teachers arguably have one of the most challenging jobs in existence, and this year has increased that challenge ten-fold, but we must remember that taking care of ourselves, teachers, and any person for that matter, cannot be compromised for anything. We have to find time to exercise, eat healthy, cook our own meals, and monitor our stress levels as best we can, or the consequences can and will be dire. If you are struggling to find inspiration or motivation, look to Mr. Jordan. He spends all day teaching and assisting online students, performing double the work he was hired to do, goes home, exercises, takes care of his kid, eats a balanced meal, all just weeks after suffering a major medical event, without complaint.

“It really makes you re-evaluate what’s important in life,” Jordan said. ¨Because right now, for me, the alternative is death. If I don’t take care of myself, that’s what I’ll have.”

When asked how he is juggling online school in addition to teaching normal classes, Mr. Jordan says this type of pressure and expectation to handle it all is what pushes people to get fast food over home cooked meals, or to push off exercising, both things that can ultimately cost not only one’s health but possibly one’s life.

“There were multiple times in my life in which I chose which was ultimately the bad decision to not be healthy, and I wish I could change that, but I can’t,” Jordan said. “And now for the rest of my life, I have to watch everything I put in my body. So be healthy now.”