The Unique Sport of Lacrosse 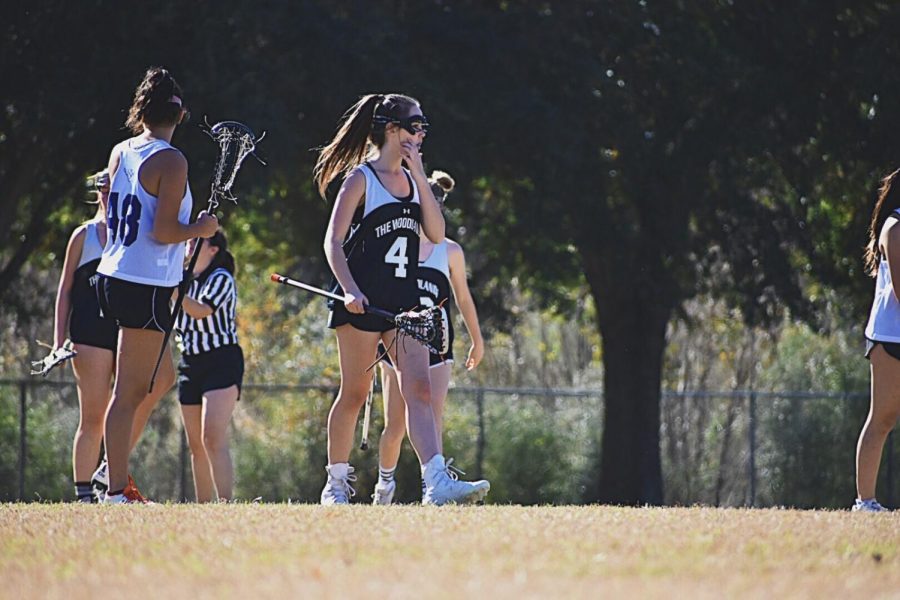 Liberty Hasselgren runs down the field with a stick in hand, dodging aggressive blows from the opposing team, all while defending her team’s goal. Using the intricate head of her stick, wielding the power of the game right in her hands, she races to the ground ball, scoops it up, and passes it to her teammate. This game requires precision, a craft she has been perfecting for ten years. It is not easily learned, which perhaps holds the reason for its lack of popularity. The game of lacrosse in all of its complexity is relatively unfamiliar to most sports fans, yet those who enjoy playing this pastime have an understanding of a unique passion.

“From the start, I always knew I wanted to play lacrosse,” Junior lacrosse player Liberty Hasselgren said.  “I liked being different and playing a different sport than anyone else at my school. This sport is so unique because it is nearly one of the most intense female sports, as well as the number one growing sport in Texas. It is more of a northern sport, so to be playing it in the south has always made me feel different.”

Lacrosse is exceptional in that it is the oldest organized sport in North America. It originated with a tribal game played by the indigenous Native Americans. Over time the game was modified, reducing its intensity, ultimately dividing into four versions of the sport. Despite the sport’s extensive modifications, its roots still shine through, making for a truly extreme sport.

“I was drawn to lacrosse by its aggression,” Hasselgren said. “I was a very fiery kid, and I needed a place to channel all of that energy. The first time I saw a lacrosse stick, I was enthralled by it. I immediately asked my dad about the sport, and since he had played in high school, he gave me a little run down. At that moment, I decided that I wanted to play lacrosse.”

The Woodlands High school is the only school in CISD affiliated with a lacrosse program; all other teams are connected to select clubs or other districts. This is primarily due to the shortage of players. There is not much attention following the sport, making a lack of demand for teams.

“I don’t think there is an easy way to bring popularity to this sport other than introducing more girls at a young age,” Hasselgren said. “No high school girl is just going to jump into this sport, not knowing how to pick up or throw a lacrosse ball. It takes a lot of time and practice, just like any complex sport, to get all of the skills and movements down.”

For Hasselgren, her dedication to lacrosse doesn’t end with just playing the sport. Her passion has driven her to guide younger girls through their journey with lacrosse.

“I now coach younger girls’ lacrosse because I enjoy helping young athletes grow in their passion, just as I do every time I pick up my stick,” Hasselgren said. “I wish, as a young athlete, my coaches would have let me play the positions I was interested in, but most did not. As a coach, I create drills and plays specific to each girl and position; that way, they can explore the sport and be able to find where they fit best. And it is especially important for the ‘littles’ to be able to figure out if lacrosse is even the sport for them.”