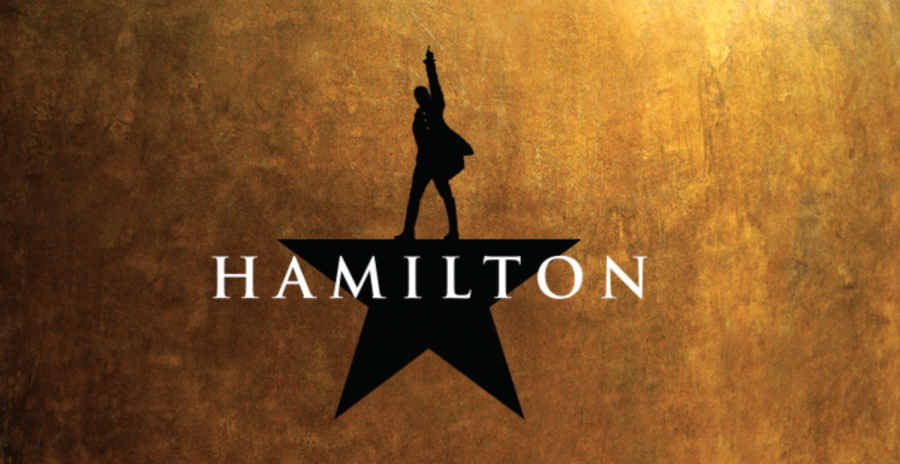 Since quarantine began 9 weeks ago, people around the country have found new ways to stay entertained and active while maintaining a safe distance from others. New trends have developed and pop culture favorites have flooded the Internet. Here’s a list of quarantine favorites from A-Z.

Animal Crossing New Horizons has captivated the minds of teenagers and adults alike and is now the #1 most talked-about game in the world. The game has been around since 2005 but the newest edition dropped on March 20th, just in time for quarantine. Animal Crossing allows players to customize their own island, use their creativity for challenges, and interact with friends. This praised game is not going anywhere anytime soon.

Bachelor Presents: Listen to your Heart:

On April 13th, a new spin on the Bachelor series premiered on ABC. Listen to your Heart was a 6 weeks series about lonely singers looking for love and a musical connection with other singers. Pairs got to go on dates and also perform in front of a panel of acclaimed judges in order to remain in the competition. The show gained praise and criticism but everyone can agree on one thing- it provided a lot of entertainment which was needed right now.

The months of April and May always bring excitement for seniors as they narrow down their college options and decide which school to attend. Due to restrictions, seniors were not able to participate in the annual sign day where they wear their college t-shirts and take photos with their sign. Instead, college announcements are being posted on College Park’s Twitter and Instagram.

Doordash has always been popular but more people are relying on the food delivery service now more than ever. Since many dining rooms are closed and people do not want to leave the comfort of their home, Doordash has been successful lately. The company has also implemented new policies in order to keep drivers and customers safe during delivery.

Most travel plans and getaways have been canceled for the foreseeable future but that does not mean that people are not experiencing the wonders of the world. Many attractions are offering virtual tours for people to take from their homes. Some locations that are participating include the National Gallery of Art in Washington D.C., the Louvre in Paris, and Walt Disney World in Orlando.

The most notable fashion trend that has come from quarantine has to be fashion masks. Once the CDC recommended that everyone should wear masks in public, many retailers got to work designing stylish masks for shoppers. These retailers include Old Navy, Madewell, Disney, Gap, and Altar’d State.

John Krasinski, known for his role of Jim Halpert on The Office, has been spreading positivity to his fans with his new YouTube channel, Some Good News. Each week a new episode is posted and features Krasinski giving back to others in unique ways. Throughout his series, he has surprised Boston nurses with a trip to Fenway Park, gotten the Office cast to reunite to help fans celebrate their wedding, and held a virtual prom with A-list performers.

Hamilton is one of the most popular musicals today on Broadway and fans dream of being able to witness the play at Richard Rodgers Theatre in New York City. Disney is making that dream come true for so many fans on July 3rd when the hit musical will be available to stream on Disney Plus. The movie will feature one of the original cast’s last performances and provide a glimpse of hope for all.

Celebrities and influencers have been keeping busy during this quarantine by connecting with fans through Instagram Live. This streaming service allows fans to watch their favorite celebrities entertain them, participate in Q&As, or watch performances. Celebrities that have held Instagram Lives during quarantine include Demi Lovato, John Legend, Cardi B, and Miley Cyrus.

Talk show hosts Jimmy Fallon and Jimmy Kimmel weren’t going to let quarantine stop them from providing entertainment to their fans. They produce their shows from their home, film content with their families, and interview celebrity guests on Zoom. Currently, The Tonight Show with Jimmy Fallon is the #1 Late Night Talk Show in America based on viewership.

Just because schools are closed and many businesses are having their employees work at home does not mean people aren’t taking this valuable time to learn. Through online learning sites Coursera and edX, people are able to take courses from prestigious universities for free. Classes like Government, Computer Science, and Financial Engineering are being offered by Duke, Harvard, MIT, and Yale.

Barber shops and hair salons are finally reopening but people had to go weeks without getting a fresh cut. Many people took matters into their own hands and decided to give themselves a trim but many times their final product did not turn out as they had planned. Photos of bad haircuts filled social media feeds, were featured on talk shows, and in a strange way provided a sense of humor to others for weeks.

The Last Dance is a sports documentary series that follows the career of talented basketball player, Michael Jordan. This series has been averaging 6 million viewers each episode and has received a 97% rating on Rotten Tomatoes. The Last Dance has provided basketball fans everywhere with a true slam dunk during these tough times.

Since friends can not be together to watch their favorite TV shows and movies, Netflix released a new way to allow people to feel connected. Netflix Party allows movie lovers to view their favorite TV programs with their friends online. It even includes synchronized video playback and a chat feature so you feel that you truly are experiencing the movie together.

Being stuck at home for weeks is the perfect time to take a look around the house and organize any mess. One reason that people are motivated to organize is because it makes them feel in control despite the chaos of the outside world. If you haven’t yet, take the time to organize a place around your house like your closet, makeup, pantry, or car!

Even though friends and families were unable to celebrate milestones together these past few months, that didn’t stop people from finding a unique way to still spread joy. People around the country started to celebrate with car parades. Loved ones would drive by their celebrator’s home in their decorative cars, chant messages through their window, while still social distancing.

Quarantine boredom has allowed people to find quirky hobbies to keep busy. The hashtag, #Starentine has allowed stargazers to post live stargazing sessions to share with others. Unique art classes that teach people how to sketch and paint has become a popular pastime for many throughout the country. Last but not least, Jigsaw puzzles and adult coloring books have been flying off the shelves at local stores.

If quarantine has done anything for people, it has unified them. Quarantine reunions have become increasingly popular these past few weeks with people taking time to reconnect with others. Many famous faces have been participating in Zoom reunions together including the casts of The Office, High School Musical, and Back to the Future.

The United States has been without sports for 3 months. Professional organizations like the MLB, NBA, and NFL have a timetable for when players can begin to train again but so far there is no date for when we can expect to see a live sporting event on our televisions. This has sent sports fans into a frenzy but at least we have ESPN reruns to give us some entertainment right now.

If you thought Tiktok couldn’t become any more popular, you are wrong. The popular video-sharing platform has had an 18% increase of users during quarantine. Tiktok has over 800 million active users around the world and is known for its challenges and dance videos. The app  is not going anywhere for a long, long time.

These days people have been searching for new ways to stay entertained while boredom emerges during quarantine. Podcasts have always been popular but new series are perfect for people of all ages. Podcast series range from covering the news to solving murder mysteries. Some of the  most popular series for teens include Dear Hank & John, Six Minutes, and The Moth.

Even though Los Angeles studios were shut down in March due to the pandemic, the singing competition, “The Voice” found a way for the show to still go on. The Voice was able to film it’s remaining 6 episodes by having contestants film their performances from their homes and receive criticism from the judges via video chat. The winner was announced on May 19th during the competition’s finale and all episodes are now available to stream on Hulu and On Demand.

Gyms in Texas have just reopened but for weeks people had to find unique ways to workout while social distancing. Even though the world around us was locked down, did not mean that people stopped their exercise routines. Technology allowed for people to join workout classes from the comfort of their homes while others embraced the outdoors by biking and running around their communities.

One of the positives that came out of quarantine was that families got to spend time together without the chaos of normal life. Although 8 weeks was a long time to be stuck with relatives nonstop, families took advantage of it and used the time to reconnect and bond.

Throughout quarantine, people turned to baking and cooking as a stress reliever and hobby to keep busy with. Photos of delicious food flooded social media feeds and recipes were featured regularly on talk shows. Although lots of people were busy cooking homemade masterpieces, others turned to processed meat. According to Business Insider, Hot Dogs were the ‘best quarantine food’ and sales went up over 120% after the pandemic.

Zoom, a video conferencing app has allowed for people to have a glimpse of reality despite the pandemic. This app allowed for people to hold meetings, family gatherings, or even church services through their digital device. Zoom has gained 290 million users since the beginning of March and has truly become a staple during these difficult times.